I’m always happy to find a vegetarian recipe where you don’t miss the meat. This one will, I think, receive a few tweaks over time, but it’s a good one.

Make this. Just do it. A perfect summer meal: healthy (especially if you use wholegrain or fibre-added pasta), fresh, quick, and so delicious.

The Recipe:
Adapted from this Chowhound recipe, this is my first attempt at a ramen more sophisticated than Mr. Noodle cups.

The Method:
1. Season the beef with salt. Heat oil in a large frying pan set over medium-high heat, then brown the beef on all sides, 3-4 minutes a side. Set beef aside. Add the onion to the pan and cook until browned, about 5 minutes. Stir in the garlic, ginger, and 1 cup of the broth and deglaze the pan, stirring and scraping up any browned bits, then let simmer for 1 minute.
2. Transfer the beef and the onion mixture to the slow cooker. Add the leek, mushrooms, and the remaining 7 cups of broth, and stir to combine. Cover and cook on the low-heat setting for 8 hours. The pork should be very tender and the broth should be fragrant.
3.Set water to boil according to ramen package directions. In another pot, put on the eggs to soft-boil. Remove beef from slow cooker and shred with two forks, removing any large chunks of fat. Return shredded beef to slow cooker and add the spinach. Season to taste with soy sauce, sesame oil, salt, and pepper.
4. When the noodles are done, add them to the slow cooker. Serve soup into bowls. Peel the eggs, cut in half, and place on top of soup, along with green onions or bean sprouts. Serve.

The Verdict:
This is a recipe I’d like to play with. I didn’t love the heavy ‘slow-cooker’ taste that the broth and beef acquired after 8 hours in the slow-cooker. I might experiment with recreating this in a Dutch oven instead, or alternatively trying 4 hours on high instead of 8 on low. There are also  vegetable variations to think about– carrot, bok choy, etc. However. All in all, a solid step up from Mr. Noodle, and the Partner in Crime did have three bowls, so. 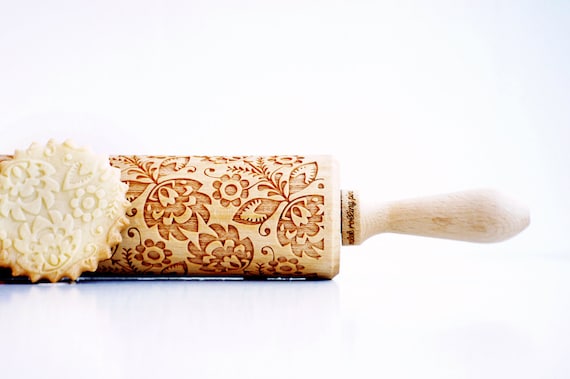 My rolling pin is breaking (shedding tiny ball bearings into my dough every time I use it!) and I’m kind of tempted to get one of these laser-engraved beauties to replace it. Or should I go with marble?

One of my New Year’s resolutions this year was to eat more whole grains as a family (sorry, Partner in Crime, you’re along for the ride!) Overall, I felt like we ate healthy enough to keep me from worrying and unhealthy enough not to look like weirdos when we had people over to dinner 😉

However, I knew there were some areas we could up our game. One of the things I wanted to avoid, though, was unscientific nutritional advice. There’s so much advice floating around in the name of health that is unsupported or just plain wrong. *cough*GMOS*cough* I found Authority Nutrition, which links supporting studies through all it’s articles, and that helped, but they still sometimes get off-track, and they also focus way more than I’m interested in on weight loss versus overall health.

When I happened on the Harvard Healthy Eating Plate, though, something just clicked. So much nutrition advice can feel conflicting, or burdening, or restricting, but this just feels easy. Although we pretty much ignore the advice about bacon and butter, everything else has been easy and enjoyable to incorporate without feeling like I have to buy all kinds of unusual/expensive specialty items or demonise all the ordinary food at the grocery store.

Simple to remember, research-based, and freeing– our crisper drawers are full and we’re happy campers.

Today’s activity was kind of spontaneous. It wasn’t on the list, but I woke up this morning and felt like pancakes, so I figured if I was going to spend the energy making them, I might as well make it the day’s activity. So, voila, snowman pancakes!

In other news, I am the best at pancakes (this is not bragging, it is just fact) and so can you be if you follow my recipe. I added apples, cinnamon, nutmeg, and cloves to these, and then made the snowman faces with raisins and dried cranberries and drifted powdered sugar over top as snow, but usually I make them with blueberries and they’re also amazing.

1. Place a large frying pan on the burner and preheat to medium-low (I set mine specifically 3/4 of the way between medium and low.) In a medium bowl, stir together the flour, baking soda and salt. If you are adding fruit, stir it into the dry ingredients.
2. Measure 2 cups of buttermilk in a 4-cup graduated measuring cup, then whisk in the eggs, vanilla, and melted butter.
3. Pour the wet ingredients into the dry ingredients and stir until flour is just moistened.
4. Generously butter the pan (this is key, do not skip it) and pour in pancakes using a 1/4 cup measure. When bubbles show through the middle of the pancakes, flip and cook 1-2 minutes on the other side. Best served right off the griddle with butter and maple syrup.

The Recipe:
My friend has been trying his hand at raising free-range ducks and chickens, and we were the recipients of his first slaughteree (File that under ‘words I never expected to type.’) It wasn’t the prettiest duck ever roasted, but beauty is as beauty tastes, so…

The Method:
1. Begin cooking about 5 hours and 45 minutes before you wish to eat. Preheat oven to 300F and set a rack in the middle level. Remove giblets from duck and pat dry with paper towels, removing any loose chunks of fat from the cavity. Rub the cavity with salt, pepper, and garlic, and lay the sprigs of thyme inside. With a very sharp knife, prick the skin all over, being careful not to pierce the flesh.
2. Place duck breast side up in a roasting pan with a rack (as there will be lots of grease) and begin roasting. Every hour for 4 hours, remove pan from oven, piece skin all over, pour fat out of the pan (reserving for future use!), and turn duck over.
3. After 4 hours, increase oven temperature to 350F, sprinkle duck with salt and pepper, and cook for about 1 hour longer, or until skin is crisp and browned. Let rest for 20 minutes, carve, and serve.
Note: Duck can be served after four hours; it will be juicier but not as tender as the five-hour duck.

The Verdict:
Much better than my rather sad first attempt cooking a duck a year or so back. I only cooked it for four hours and at a slightly higher temperature as I was in a hurry, and I think I pierced it too deeply, so the breast was a little dry, but the dark meat was very juicy and succulent. Mostly I think it’s a case of ‘practice makes perfect’; the recipe is good but I need to get better at cooking it.

Our new cat Domino was also thrilled to receive the mostly-raw neck, which had been left on the bird. Because I’ve been reading about homemade cat food and it put the fear in me about the unnaturalness of dry kibble for a cat.

The Recipe:
The other night, Steven was eating a pack of chicken fried rice microwave dinner and I was like, “Man, I could make this at home and I bet it’s easier, healthier, and cheaper.” It turns out I was right. Recipe adapted from here.

The Method:
1. Earlier in the day, preheat oven to 350F. In a small bowl, combine brown sugar, soy sauce, cider vinegar, ginger, and garlic. Brush over chicken breasts in small baking dish; bake for about 40 minutes, flipping once to coat in sauce. Cool, shred, and set aside.
2. In a large wok or frying pan, heat sesame oil. Fry carrots and onion until soft. Stir in peas.
3. Push vegetables to one side of pan and scramble eggs in the other side. Stir together, then add shredded chicken, cooked rice, and soy sauce. Fry until heated through. Serve topped with green onions.

The Verdict:
Easy, tasty, healthier than boughten. We held back on the soy sauce and added more at table so it was very baby- and toddler-friendly.

Since Steven started farm work, we’ve had the great blessing of being able to eat three meals a day together as a family. Seriously, it’s like Little House on the Prairie. Breakfast is usually a bit of a rush so I don’t change it up too much– usually sausage, eggs (soft-boiled or scrambled), and fruit on the side, sometimes toast. But lunches, I think I’ve just hit my stride with. Here’s my usual weekly lunch meal-plan.

Monday: Grilled Cheese & Soup
We love Baxter’s Winter Squash and Carrot Soup but in a pinch will have Cup-o-Soup; Scout Kid never eats enough of it for me to be worried about the salt.

Tuesday: Hot Dogs
We buy Schneider’s Country Naturals, and now when I eat regular old hot dogs the taste difference is actually off-putting. Worth the extra money, in my opinion. We toast the buns and fry up onions for on top.

Wednesday: Thin-Crust Pizza
I divide my bread-maker pizza dough in thirds and freeze it. I’m on a tight schedule between nursing Feral Kid and getting lunch on the table, so we keep the toppings simple: pizza sauce, frozen mozzarella, some sliced peppers and onions, and a little pepperoni or ham.

Friday: Burgers
I’ve just added this to the rotation after realizing I could make a big batch of homemade burgers and freeze most of it. We like ours trimmed to the hilt- pickles, lettuce, tomato, mayo, mustard, ketchup, cheese, the whole nine yards. I make teeny little patties for Scout Kid and Feral Kid to eat. (Sometimes I’ll do subs instead one day of the week.)

The Recipe:
I originally made this for Scout Kid’s first birthday because at the time chicken drumettes, with their little handles so perfect for small clumsy fists, were a big favourite. A year and a few months later, I have a toddler who reallllly doesn’t like chicken. Like no other toddler ever. He loves beef, he loves tomatoes and peppers, he’ll happily stir together rice and green beans and eat them up, he’s never had that toddler thing of hating saucy, mixed up food, but when chicken touches his tongue you’d think it was poison. Um, okay, son. More for the rest of us…

Original recipe from Just A Taste.

The Method:
1. Preheat oven to 400ºF. Thoroughly dry off wings with a paper towel and spread out on a foil-lined baking sheet. Season with salt and pepper to taste. Bake until fully cooked, 45 to 50 minutes.
2. With about 15 minutes remaining for the wings, begin cooking rice (according to package directions) and sauce. Place the oil, garlic, and ginger in a small saucepan over medium-low heat and cook for about 3 minutes, until golden-brown. Add the red pepper flakes, marmalade, and soy sauce. Simmer, stirring occasionally, for 5 minutes.
3. Remove wings from oven and toss with sauce in a large bowl. Serve over rice with extra sauce poured over.

The Verdict:
Really good. Even Scout Kid condescended to take a few bites.