Man, if you haven’t listened to Lo-Fantasy yet, you get a chump award. Go listen to it now. Also, those dancers, wow.

For math today we played with geometric solids. I ordered these Hardwood Geometric Solids

from Amazon earlier this month, and they arrived this morning. Once Scout Kid was done his room time and we’d played a rousing game of Croatian soccer/hockey/American football, this is what we did:

-Matched the shapes up with the pictures on this printable 3D shapes chart from here. I wasn’t sure how he’d do, but he did really well. He had trouble distinguishing the cube from the cuboid, and the triangle- vs. square-based pyramids, but otherwise he was able to match them up.
-Building towers and talking about flat and curved sides (mostly due to frustration with the spheres rolling away!) and how the prisms had different shapes as their sides.
-Drawing some objects that looked like the solids on the back of the sheet: tent, ice-cream cone, half an orange. Also drawing stars and beds for our families, you know how it is. He’s only two.

Harper Lee, author of To Kill A Mockingbird, one of the best books ever, and recipient of the Presidential Medal of Freedom.

Yesterday’s activity was a quick study in colour mixing. It wasn’t really the day (Mondays are meant to be for English, which still sounds like a really pompous thing to do with a two-year-old, but whatever: English, we read Huckle and Lowly. Anyways. Tangent.)

For this activity I made some homemade paint from a recipe I’m not going to link because it wasn’t that good. I think I’m going to go with boughten paint in future, toxic or no, because I’m not prepared to sacrifice all my food colouring in an effort to get true red so we can do a proper colour mixing exercise. What we did:
-Watched this video on the colour wheel. I was pleased to find this, so simple and slow.
-Mixed up some flour/cornstarch paint and explained how he could mix different colours to make new ones.
-Let him at it! You will see from left to right that he made some beautiful muddy colours with my original neons. He also experimented with dripping paint all over the place and making letters (his U is in the right-hand picture). And painted a dirtbike and a trail for it. A good day’s work.

We’ve begun a very informal brand of preschool homeschool in which I have designated each weekday two subjects and if we have time, I come up with a quick activity related to that subject for while Feral Kid is napping. Tuesdays are for History/Geography and Phys. Ed (because it’s normally our swimming day; I want to make it our skating day in the wintertime.)

Today we did an introduction to the provinces of Canada. We spent about an hour on this (guided by Scout Kid’s interest) and did the following:
-Colouring maps of Canada, including drawing Scout Kid’s house and Grandmommy’s house, not to scale.
-Singing a song of the provinces that my mum invented for us years ago, slightly modified to fit in Nunavut because when I was your age there was no Nunavut. I might make a video of Scout Kid and I singing it sometime, once he learns to actually say the words instead of humming along in nonsense-language.
-Reading Paddle-to-the-Sea

and tracing his route along the maps we had coloured.
-Zooming in and out on the satellite view of Canada on Google Maps. We talked about how the different colours meant water, trees, rocks, snow, mountains, and fields, and I showed him our house, and Northern Canada, and Hudson Bay and the Rocky Mountains.

I was recently asked why I write about women’s issues, why I make it one of my interests and passions. My answer was twofold. One reason I wrote about in the past: I feel that misogyny is as much and more of a threat to what complementarians hold dear as gender blurring. The other is summarised beautifully by the above quote.

In the beginning of time, God created humans, without sin, in beautiful harmony, with binary gender, with love and relationship at the heart of what it is to be human. But we sinned. Our relationship with God was broken, and by extension our relationships amongst each other became broken. Ashamed but arrogant, humanity has been trying to make ourselves look better than we are ever since. Genocides, bullying, social climbing and materialistic greed, self-righteousness, self-harming, an obsessive pursuit of physical beauty or physical strength, “in” crowds and outcasts, unhealthy competition– so much of what is sick in our world stems from the deep underlying knowledge of our fallen condition and our futile efforts to secure our standing without the sacrifice of Christ.

One way this manifests is in the strong– whether socially, financially, physically, what have you– using their strength to oppress the weak instead of to protect them.

God calls his people to protection of the disenfranchised, disadvantaged, and forgotten. This value was embedded deeply in the moral code of the Mosaic law. Over and over in the prophetic judgements against Israel is the refrain of their callous heart towards the poor and needy in their land. As this value relates in particular to women, 1 Peter 3:7 specifically enjoins husbands to show honour to the weaker vessel.

Some will suggest this is a ‘victim mentality’ and that men suffer at the hands of women as well.  Of course they do; sin is not restricted to one gender. Individual women do great wrong against individual men. However, I strongly argue that the systemic, institutionalised oppression of men by women has been very rare if not unheard of in human history, and is likely to remain that way, given sinful human nature which sides with the strong and oppresses the weaker.

Perhaps I am overzealous in my commitment to women’s rights. However, I think it prudent as a Christian to err on the side of being overzealous for the oppressed rather than the oppressor. Certainly being oppressed does not make one a saint, and the oppressed can be greedy, selfish, self-pitying, manipulative, and so on. But the sympathies of our Lord routinely fall on their side nonetheless, and I should prefer to do the same, in as balanced and Scriptural a way as I can. It is the opposite of what sinful nature would have us do: shut up and side with the strong, protect ourselves, ingratiate ourselves, cling to our own comfort, and try to get in on the benefits the strong are reaping.

Secular feminists frequently hold forth the hope that the work of feminism will eventually bring about a better world, one of equality for women. I hope the church rises ever closer to that standard, but I have not much hope for the fallen world to get there; not as it is now. However, one day the risen Redeemer Christ, in whom there is neither Jew nor Greek, male nor female, slave nor free, will come back and make all things right. Until then, “You shall not side with the great against the powerless”– and “What you do to the least of them you do to me.”

*From genital mutilation to child brides to rape and sex trafficking to sexual exploitation in advertising and media.

**From footbinding and neck rings to corsets and plastic surgery. 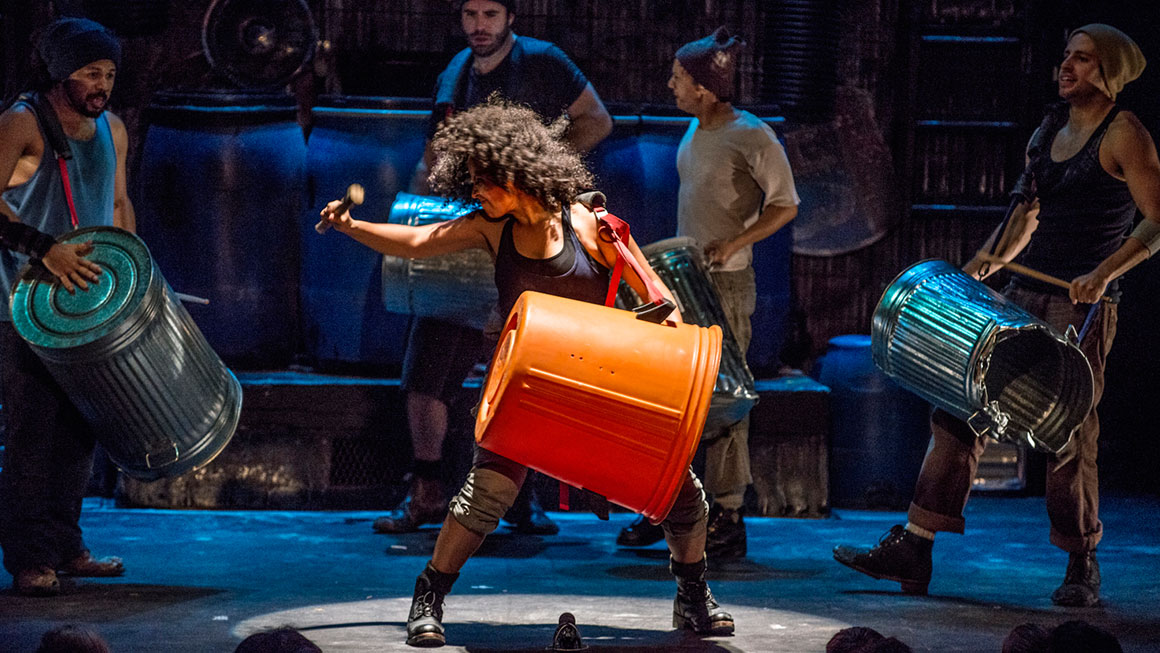 Since Steven started farm work, we’ve had the great blessing of being able to eat three meals a day together as a family. Seriously, it’s like Little House on the Prairie. Breakfast is usually a bit of a rush so I don’t change it up too much– usually sausage, eggs (soft-boiled or scrambled), and fruit on the side, sometimes toast. But lunches, I think I’ve just hit my stride with. Here’s my usual weekly lunch meal-plan.

Monday: Grilled Cheese & Soup
We love Baxter’s Winter Squash and Carrot Soup but in a pinch will have Cup-o-Soup; Scout Kid never eats enough of it for me to be worried about the salt.

Tuesday: Hot Dogs
We buy Schneider’s Country Naturals, and now when I eat regular old hot dogs the taste difference is actually off-putting. Worth the extra money, in my opinion. We toast the buns and fry up onions for on top.

Wednesday: Thin-Crust Pizza
I divide my bread-maker pizza dough in thirds and freeze it. I’m on a tight schedule between nursing Feral Kid and getting lunch on the table, so we keep the toppings simple: pizza sauce, frozen mozzarella, some sliced peppers and onions, and a little pepperoni or ham.

Friday: Burgers
I’ve just added this to the rotation after realizing I could make a big batch of homemade burgers and freeze most of it. We like ours trimmed to the hilt- pickles, lettuce, tomato, mayo, mustard, ketchup, cheese, the whole nine yards. I make teeny little patties for Scout Kid and Feral Kid to eat. (Sometimes I’ll do subs instead one day of the week.)

Kind of in love with these gorgeous alphabet flashcards from Seeing Stars on Etsy. $18, from Halifax, NS.

Here’s my two-year-old sporting some rad temporary ink from Tattly. I ordered two letter sets (as well as some carrots) for my sister’s bachelorette party, and we’ve been having fun with the leftovers.

Temporary tattoos are tons of fun whether you’re two or twenty-four, but what I love about the letter sets is that Scout Kid is learning as we use them. Scout Kid is sporting, along with his whale, the letters of our family’s names. As we picked them out, we practiced the phonetic sounds of each letter, and anytime someone asks about them (because everyone does) he gets to practice their names again. The big thing I’ve noticed him picking up as we apply tattoos (every couple of weeks, there are a lot of letters to get through!) is how his counting is improved. We count aloud to thirty for each application, and Scout Kid has started joining in with me. I was so surprised the first time he piped up “ninedee” after my “eighteen”, but now he’ll count along with me.